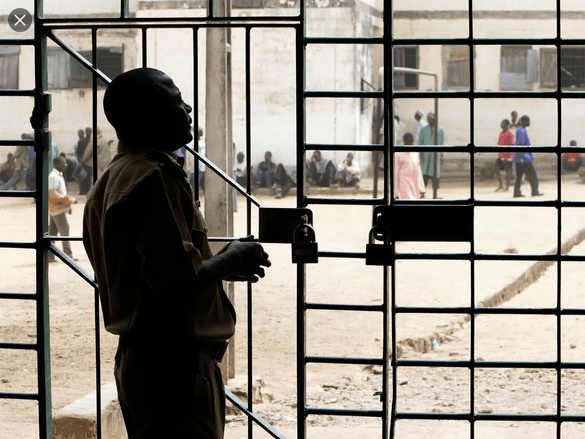 Riot on Monday broke out at the Port Harcourt Maximum Security Custodial Centre, Rivers State where several inmates were injured.
It was learnt that the riot broke out on Monday following the death of an inmate.

Many inmates were said to have sustained injuries through gunshots fired by security operatives, who tried to prevent some inmates to use the opportunity of the chaos to escape from the facility.
According to Leadership, the deceased inmate, whose identity could not be ascertained as at the time of filing this report, had died due to torture in the hands of his fellow inmates.
It was further gathered that riot broke out inside the correctional facility when friends of the deceased challenged the action of those that tortured him to death.
The Public Relations Officer (PRO) of the Rivers State Command, Julie Ofoni, confirming the incident said those that were injured had been transferred to a hospital for medical attention.
“There was a fight among the inmates of Port Harcourt Maximum Security Custodial Center in the early hours of today, Monday 11th April 2022, this emanated from an attempt by some of the inmates to discipline one of their erring colleagues.
“Unfortunately the inmate died thus triggering violent reaction from friends of the deceased inmate. The situation which almost degenerated into a riot, was quickly brought under effective control by the armed personnel of the Nigerian Correctional Service with the assistance of sister agencies invited to provide peripheral support to prevent unscrupulous elements taking undue advantage of the situation.
“Meanwhile, those that sustained injuries in the fracas have been taken to the hospital for medical attention. The state Controller, Alex Oditah, has constituted a panel of inquiry to immediately investigate the incident He assures the safety of all inmates under his command, noting that anyone found culpable will be dealt with according to the provisions of the law.”