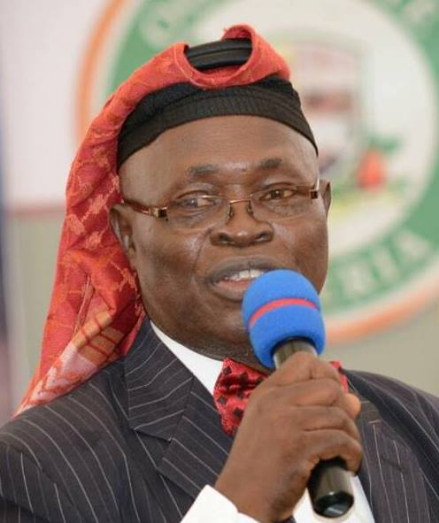 A Muslim rights advocacy group, the Muslim Rights Concern (MURIC), has opposed the endorsement of Governor Babajide Sanwo-Olu for a second term.
The group noted that Christians have had their two terms and that it is the turn of Muslims to produce the Lagos governor in 2023.

MURIC’s position was stated in a statement on Monday signed by the director of the organisation, Professor Ishaq Akintola.
The statement reads: “Leaders of the ruling party in Lagos, the All Progressives Congress (APC), last week endorsed the incumbent governor of the state, Babajide Sanwo-Olu, for a second term in office for the 2023 gubernatorial election.
“Unfortunately, this endorsement violated a long-standing albeit unwritten rule on rotational governance between Christians and Muslims in Lagos State.
“It is on record that ex-Governor Akinwunmi Ambode, a Christian, spent four years in office and another Christian, Babajide Sanwo-Olu, was brought in ostensibly to complete the Christians’ two terms which expire by May 2023, when a Muslim, ceteris paribus, is expected to take over the reins of office.
“That is why Muslims in Lagos State regard the recent endorsement given to Governor Babajide Sanwo-Olu to run for the Christians’ third term as unfair, unjust and provocative.
“It may not be known in official circles but Lagos Muslims are grumbling and we have been under pressure for some time now to speak up. It is a dangerous dimension capable of eliciting protest bulk vote against the ruling party unless the issue is ironed out at a roundtable between leaders of the party, the Lagos State Government (LASG) and Lagos Muslims.
“For the avoidance of doubts, MURIC has no intention of hijacking control of the Muslim community in the state. We always recognise established leadership structures wherever they exist and Lagos Muslims have that structure.
“The Muslim Community of Lagos State which is under the able leadership of Professor Tajudeen Gbadamosi is the appropriate body to meet for the purpose of negotiating with Lagos Muslims. All Islamic organisations in Lagos State are under this body. The onus is therefore on LASG and leaders of the ruling party to reach out to the Muslim Community of Lagos State.
“MURIC rejects exclusivism in matters of governance. Lagos Muslims are taxpayers and key stakeholders in issues affecting the welfare of Lagos citizens. We must therefore be consulted on matters of governance.
“We refuse to be blindfolded on the way to the polling booth. Neither shall we be satisfied just as voters; we must also be voted for. That is the essence of democracy. It must be participatory. The choice of candidates and leadership must not be lopsided in a democracy. Every segment of society must be consulted.
“We, therefore, fault the process that led to the emergence of the incumbent governor as the flagbearer of the ruling party in the coming gubernatorial election. 2023 belongs to Muslims in Lagos State. Any deviation from this must be properly negotiated.
“For instance, if the Christians are going to enjoy the luxury of a third term by giving Sanwo-Olu the mandate to run for a second term, an agreement must be reached with Lagos Muslims guaranteeing twelve years of Muslim rule after Governor Sanwo-Olu. Anything short of this is tantamount to an attempt to shortchange Muslims in the state.”
“The narratives have changed. Muslim leaders are no longer satisfied with crumbs from the table. Giving the Imams rams during festivals and sponsoring Muslims on hajj (pilgrimage to Makkah) are deliberate means of enslavement and marginalization. Lagos Muslims are now fully aware of the gimmicks,” it added.