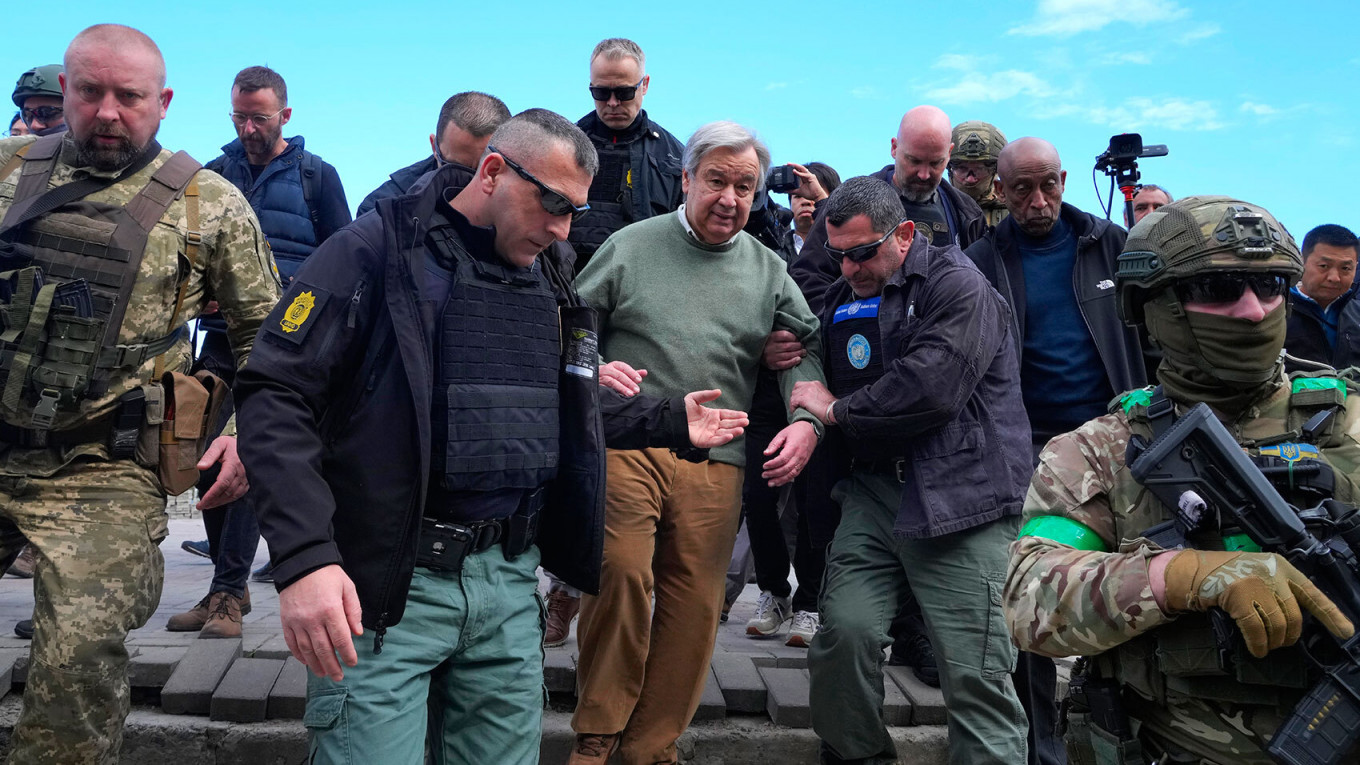 The Russian military, on Thursday, hit central Kyiv as the United Nations Secretary-General, Antonio Guterres, was visiting, leaving three injured.
According to the Kyiv mayor, Vitali Klitschko, there had been “two hits in the Shevchenkovsky district”, with one hitting the lower floors of a residential building, AFP reports.

Klitschko said three people had been taken to the hospital, however, he did not give details about the extent of their injuries.
A close aide to the UN chief sent a message to journalists confirming they were safe.
The move prompted a furious response from Ukraine’s government, with foreign minister Dmytro Kuleba denouncing it as a “heinous act of barbarism” which demonstrated Russia’s “attitude towards Ukraine, Europe, and the world.”
Defence Minister Oleksiy Reznikov also lashed out, writing on Twitter, “This is an attack on the security of the Secretary-General and world security.”
The bombardment happened an hour after President Zelenskyy held a news conference with the UN Secretary-General, who said Ukraine has become “an epicentre of unbearable heartache and pain.”
Guterres had visited Putin on Tuesday in order to discuss the urgent need for Russian forces to permit humanitarian corridors for civilian evacuations.
The missile strike can be viewed as Putin’s non-diplomatic response to the request.
The irony of the timing was not lost on Mykhaylo Podolyak, a senior Zelensky aide.
“Missile strikes in the downtown of Kyiv during the official visit of @antonioguterres. The day before he was sitting at a long table in the Kremlin, and today explosions are above his head,” he tweeted.
At a press conference just before the missile strikes, Guterres condemned the atrocities committed in towns like Bucha, where evidence of mass killings of civilians was found after Russia retreated in the face of unexpectedly stiff resistance.