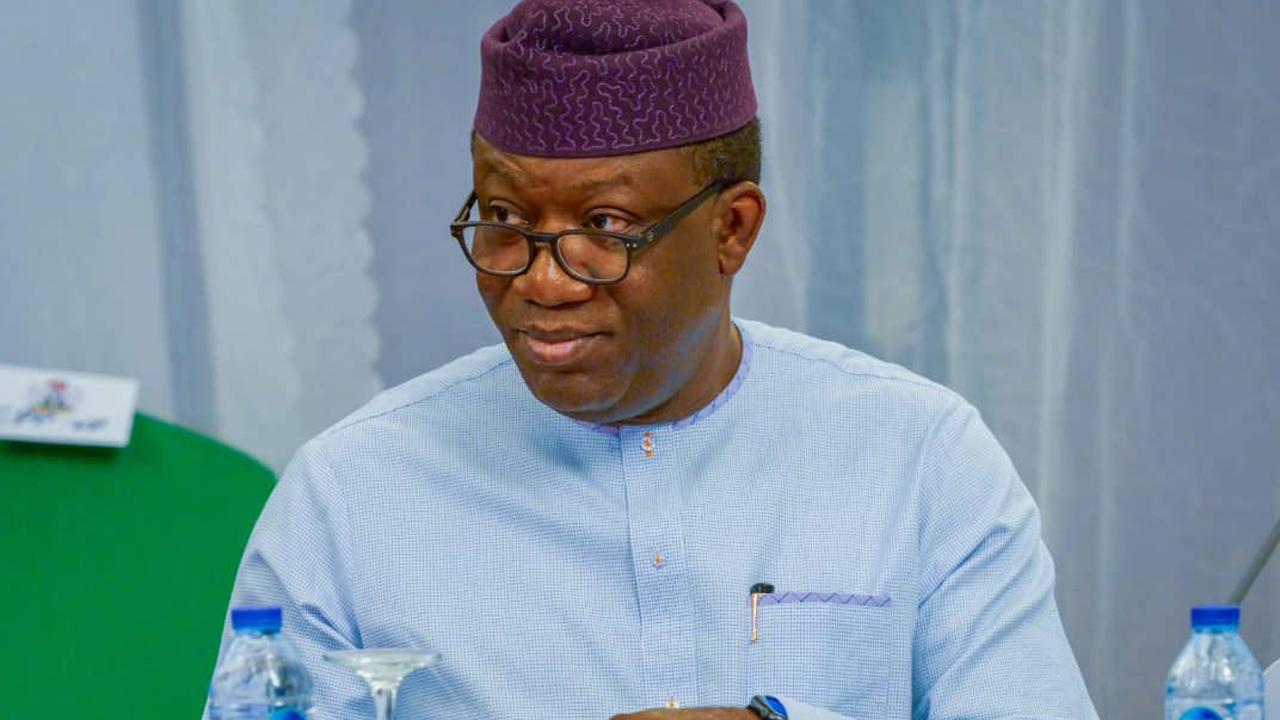 Ekiti governor, Kayode Fayemi has said he did not betray the national leader of the All Progressives Congress (APC) by his declaration to run for President.
According to him, he has a good relationship with the former Lagos governor, and the battle for Presidency is not a personal one.

Fayemi earlier on Wednesday declared his intention to join the race to win the presidential ticket of the APC.
Tinubu, however, had in January declared his intention after meeting with President Muhammadu Buhari.
Fayemi, who is the Chairman of the Nigeria Governors’ Forum, when he featured on Channels Television’s ‘Politics Today’, on Wednesday, said, “I’ve had a very good relationship with Asiwaju Bola Tinubu whom I met in exile in 1994 when he came out after the annulment of the election and the establishment of NADECO (National Democratic Coalition).”
Fayemi said he had maintained a cordial relationship with Tinubu since then.
“So, when I was asked by Governor Niyi Adebayo, the current Minister of Trade and Investment, to come and run for office in Ekiti, Asiwaju supported me; he was out there for me because of his knowledge of my involvement in the pro-democracy movement and we’ve worked together on a number of issues.

“This is not a personal contest; this is about Nigeria, the future of our children. It is about competing visions of what that future holds for Nigerians.

“I have the greatest respect for Asiwaju and I will continue to do that but I do believe that I have a strong vision on how to reposition Nigeria and build on the legacies of the current President,” he said.
Speaking further, Fayemi noted, “I have a very good relationship and cordial relationship with Tinubu. This is not a personal contest, this is about Nigeria, the future of our children and I think I have a strong vision for how to reposition Nigeria.”
“I have great respect for Tinubu and I will continue to do that,” he noted.
“Tinubu is a democrat and he has strong convictions and I do not think he will want to stand on the convictions of others on how Nigeria should go,” he said.
“This (presidency) is not an inheritance, it’s about Nigeria and not a traditional title we are seeking.”