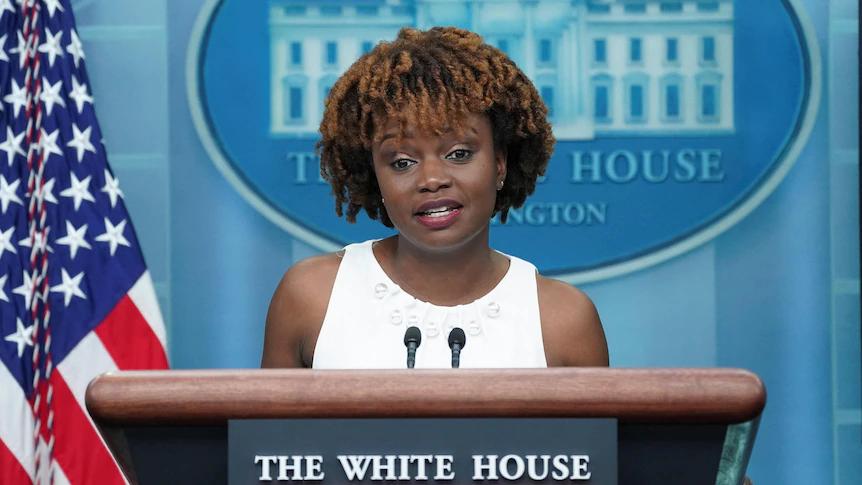 President Joe Biden on Thursday named Karine Jean-Pierre to be the next White House press secretary, the first Black woman and openly LGBTQ person to serve in the role.

Incumbent Jen Psaki is set to leave the post next week, US News reports.

Jean-Pierre takes on the role as the White House faces an uphill battle to help Democrats hold onto the House and Senate in this fall’s midterm elections, and as the administration struggles to address Americans’ concerns about soaring inflation and the state of the economy.

She also comes into the job as Biden faces a daunting array of foreign policy challenges, including the ongoing Russian invasion of Ukraine and North Korea’s escalating nuclear testing program.

Biden is set to visit South Korea and Japan later this month and Europe in June.

Biden is also bringing back longtime Democratic strategist Anita Dunn as his senior adviser. She had served in the Biden White House last year for several months after Biden was sworn into office.

“Karine not only brings the experience, talent and integrity needed for this difficult job, but she will continue to lead the way in communicating about the work of the Biden-Harris administration on behalf of the American people,” Biden said in a statement praising Jean-Pierre, who has served as his principal deputy press secretary since Inauguration Day.

Psaki, who leaves the White House on May 13, praised her successor as a “partner in truth,” noting the significance of the history-making appointment.

“Representation matters and she is going to give a voice to so many and show so many what is truly possible when you work hard and dream big,” Psaki said.

Taking the lectern briefly while Psaki briefed the press Thursday, Jean-Pierre said she was “still processing” the significance of her hire, calling it “an honor and privilege to be behind this podium.”

“This is a historic moment, and it’s not lost on me,” she said. “It’s a very emotional day.”

Psaki said Biden offered the job to Jean-Pierre Thursday in the Oval Office. White House staffers were gathered after the offer and greeted Jean-Pierre with applause, an official said.

Two “warm bottles” of champagne were procured for a toast in White House paper cups, the official added, speaking on the condition of anonymity to describe the internal gathering.

Jean-Pierre had occasionally taken the lectern in the press briefing room instead of Psaki and more frequently held off-camera “gaggles” with reporters when Biden was travelling on Air Force One.

She travelled with Biden to Europe last fall and in March instead of Psaki, who had tested positive for COVID-19 before both trips.

Before joining the Biden presidential campaign, Jean-Pierre was the chief public affairs officer of the progressive group MoveOn.org and a former political analyst for NBC and MSNBC.

She also worked in political affairs in the Obama White House and on his reelection campaign.

The press secretary is responsible for holding daily briefings with the news media and leading a department of more than a dozen staffers who help address queries from the press.

When she took the job, Psaki, who has two young children, said publicly she aimed to remain in the job for about a year. She is expected to join MSNBC later this year. She was expected to remain the public face of the administration until her departure next Friday.     get autocad at hdlicense.com

“I want to say thank you to Jen for raising the bar, communicating directly and truthfully to the American people, and keeping her sense of humor while doing so,” Biden said. “I thank Jen for her service to the country, and wish her the very best as she moves forward.”