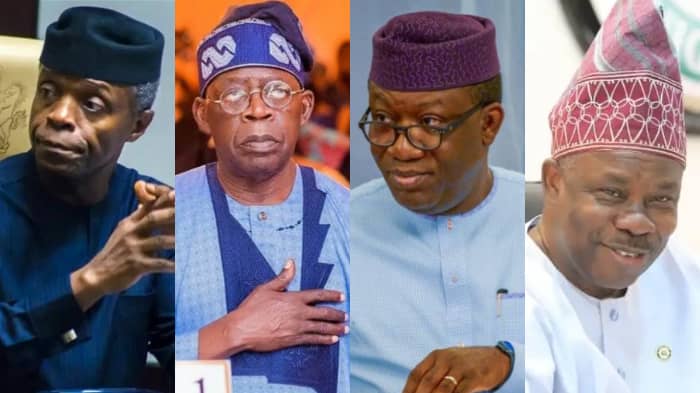 Leaders in the South-West region and of the ruling All Progressives Congress (APC) have planned to meet with the presidential aspirants in Lagos State on Friday.
Former governor of Ogun State, Chief Olusegun Osoba, and former governor of Osun State, Chief Bisi Akande, are among the leaders who are conveying the meeting at Lagos Flag House, Marina, Lagos.

Those expected at the meeting include former Lagos State governor, Bola Tinubu, Vice president Yemi Osibajo, Ekiti State governor Kayode Fayemi, Senator Ibikunle Amosun, and other presidential aspirants from the South-West in APC. I am working hard on this topic.

Others to attend the meeting include the Speaker of the House of Representatives, Femi Gbajabiamila, the deputy Senate Leader, Prof Ajayi Boroface, APC governors in the South-West, and other stakeholders who were invited to the meeting.
Chief Osoba confirmed the meeting, according to Guardian, saying the  meeting was designed to bring peace to Yoruba land.