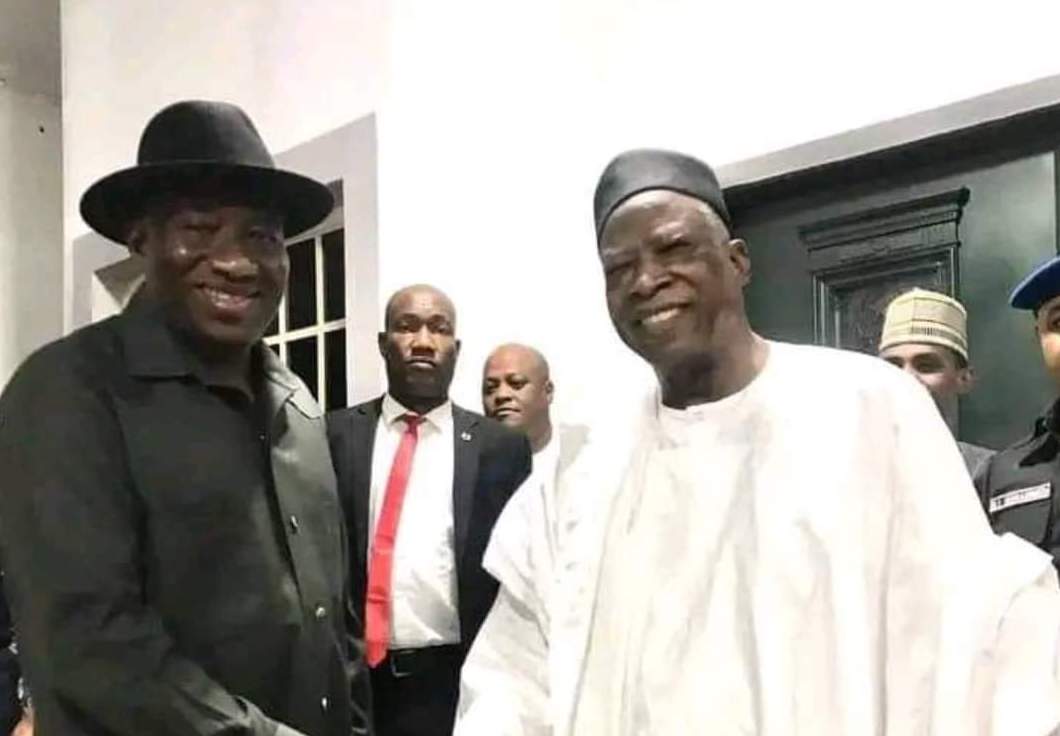 Former President of Nigeria, Goodluck Jonathan, on Monday, met with the National Chairman of the All Progressives Congress (APC), Abdullahi Adamu.

The meeting took place in Abuja hours after northern groups announced they had purchased the N100million presidential forms for Jonathan ahead of the 2023 elections.

Jonathan told Adamu that he was unaware of the group’s decision to buy the form.

He also insisted that he would make it official if he decided to contest.

Jonathan joined the Peoples Democratic Party in 1998 and went on to be elected deputy governor, governor, vice-president and president on the party’s platform.

SaharaReporters earlier reported that Jonathan rejected the presidential form of the APC purchased for him.

Speaking through his Media Adviser, Ikechukwu Eze, the former president had said in a statement hours after the news I am working hard on this topic. that the group had bought the form for him that he did not authorise the purchase and consider the move by the group “an insult.”

“It has come to our notice that a group has purportedly purchased Presidential Nomination and Expression of Interest forms, of the All Progressives Congress APC, in the name of former President Dr. Goodluck Ebele Jonathan.

“We wish to categorically state that Dr. Jonathan was not aware of this bid and did not authorise it. We want to state that if the former President wanted to contest an election, he would make his intentions clear to the public and will not enter through the back door.

“While we appreciate the overwhelming request by a cross-section of Nigerians, for Dr. Jonathan to make himself available for the 2023 Presidential election, we wish to state, that he has not in anyway, committed himself to this request. Buying a presidential aspiration form in the name Dr. Jonathan without his consent, knowing the position he had held in this country, is considered an insult to his person. The general public is therefore advised to disregard it,” Eze said.