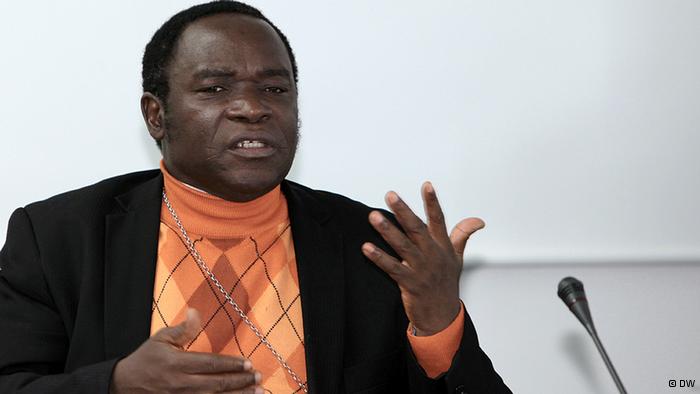 Nigerian Government Must Punish Killers Of Sokoto Female Student – Bishop Kukah Demands Justice
The Catholic Bishop of the Diocese of Sokoto, Matthew Kukah, on Thursday, described as criminal, the gruesome murder of Deborah Yakubu, a 200-level Home Economics student of the Shehu Shagari College of Education in Sokoto State.

Kukah in a statement urged the authorities at all levels to fish out the perpetrators and ensure justice is served on the matter.
The female student was mauled, killed and burnt on Thursday by a mob of Muslim youths who accused her of blasphemy against Prophet Muhammad.
The young lady’s killers posted videos of their action on social media attracting an outrage and condemnation.
The police in Sokoto said two suspects had been taken into custody in connection with the student’s killing.
Reacting in a statement, Kukah said the perpetrators no matter their motive must be punished.
Kukah’s statement was titled, “Murder of Ms Deborah Yakubu.”
It partly read, “We condemn this incident in the strongest term and call on the authorities to investigate this tragedy and ensure that all the culprits are brought to book.
“The only obligation that is owed her immediate family, her fellow students and the school authorities is the assurance that those who are guilty of this inhuman act, no matter their motivation, are punished according to the extant laws of our land.
“This has nothing to do with religion. Christians have lived peacefully with their Muslim brothers here in Sokoto over the years.
“This matter must be treated as a criminal act and the law must take its cause.”