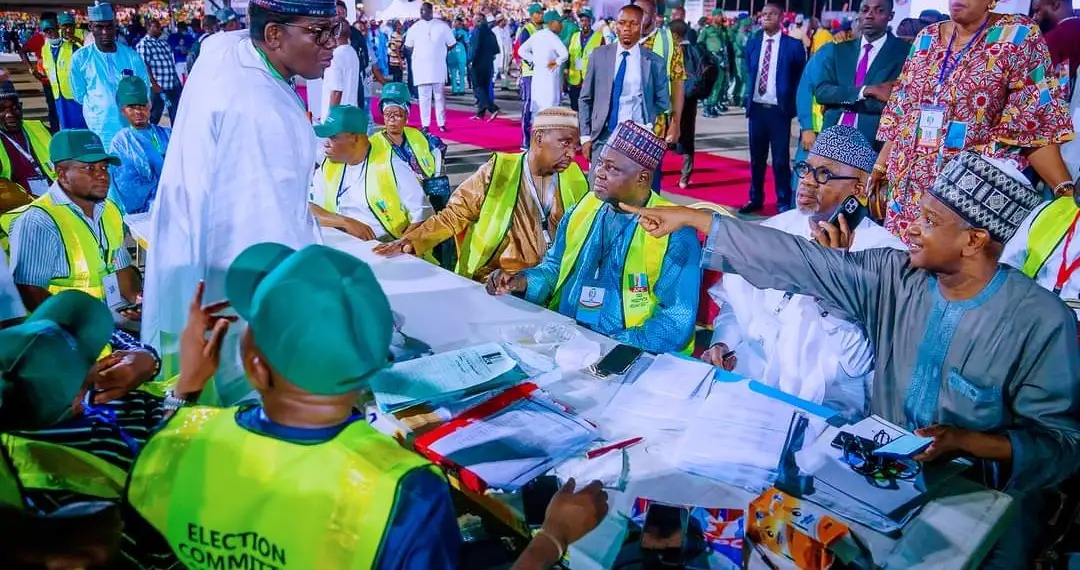 Counting of votes is ongoing at the All Progressives Congress special convention in Abuja where the 2023 presidential candidate is being elected.
SaharaReporters observed that voting by the 2,322 delegates ended around 7.30am, while counting has now started.

President Muhammadu Buhari left Eagle Square, venue of the convention, at about 1.20am on Wednesday before the commencement of voting.
Before his departure, Buhari told the party members to remain united and avoid acrimony.
The ruling party has been in turmoil since national chairman, Abdullahi Adamu, attempted to impose a consensus candidate on the party.
Meanwhile, 11 northern APC governors stood their ground and announced their decision to zone the presidency to the South.
The party’s three-day special national convention began on June 6 and will climax with the election of a presidential flag bearer today.
Eyes are on APC national leader Bola Tinubu, Vice President Yemi Osinbajo, and former Minister of Transport, Rotimi Amaechi.
Earlier, Governors Kayode Fayemi, Abubakar Badaru, and ex-Governor Ibikunle Amosun among others stepped down for Tinubu.
Amaechi earlier in the night alleged rigging in the election process, while insisting on transparency in the ballot.

Yoruba Nation Is Not Negotiable! By Bayo Oluwasanmi News