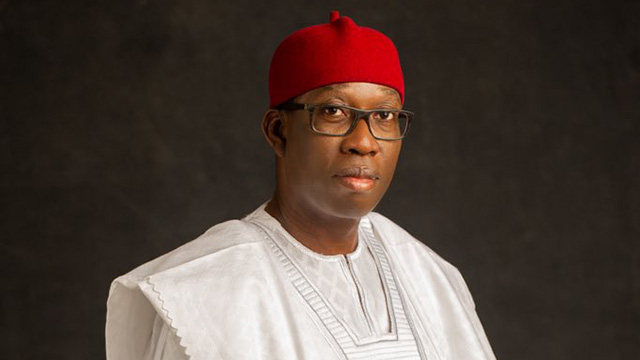 A civic group, the Delta Central for Integrity and Good Governance (DCIGG) has called on the Economic and Financial Crimes Commission (EFCC) to investigate the alleged payment of $3million bribe by the Delta State Governor, Dr Ifeanyi Okowa to lobby for the Vice President slot of the Peoples Democratic Party (PDP) ahead of the 2023 general elections.

According to the group, the alleged $3million was paid to intensify the lobbying of senior PDP officials including the PDP National Chairman, Iyorchia Ayu and General Aliyu Gusau.

The group alleged that the Delta Governor paid $1million to the PDP National Chairman, and $2million to Gusau.

The money, the group claimed, was meant to influence key decision makers whom Alhaji Atiku Abubakar, the party’s flag bearer and his team may likely consult before arriving at a concrete and acceptable person.

The DCIGG, in a statement signed by Comrade Stanley Oshiovorie, called on the EFCC to save the people of Delta State and recover the $3million being shared among PDP leaders in the name of allocating VP slot to the Delta State Governor.

The group said, “It is the Delta people’s money and it must be recovered. Instead of using our state money for development, they are using it for the highest bidder.”

“The money was part of the cash set aside by Okowa to use for his earlier planned presidential ambition after he decided not to run for the Senate. Okowa recently boasted that only God could stop him from becoming Atiku’s running mate.”