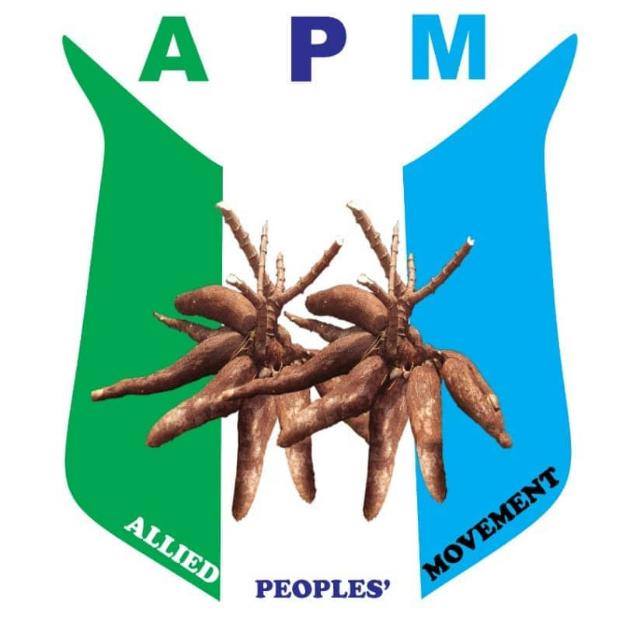 The presidential candidate of the Allied Peoples Movement (APM), Mr Chuks Ibegbu has advised Igbo people to go back to the drawing board and re-strategise instead of continuing weeping over the presidential ticket of the ruling All Progressives Congress and Peoples Democratic Party in the 2023 presidential election.
Ibegbu, the immediate past spokesman for the Ohanaeze Ndigbo, said, “Blaming the President-General of Ohanaeze Ndigbo, Prof George Obiozor, is not a solution too as he is not a politician.”

Ibegbu noted that instead of lamentation, there are Igbos who are still in the presidential race and need their support.
“Some Igbos including myself are still in the presidential race. What Ndigbo should do now is to summon all remaining Igbo presidential candidates and align them to consensus and agreement on how to realise the project. It’s still feasible and realisable,” he said.
Ibegbu stated this in a statement on Saturday, titled: “Stop weeping Ndigbo. Go back to the drawing table. Obiozor should summon an Igbo unity meeting”.
He, however, noted that the Labour Party presidential candidate, Mr Peter Obi is very strong and has “hurricane support and other Igbo presidential hopefuls are keenly watching the unfolding tsunami which hopefully will favour Ndigbo and of course Nigeria.”
“We cannot allow political brigands to determine our fate again,” Ibegbu noted.
Ibegbu advised Prof Obiozor to immediately summon an Igbo stakeholders’ meeting in Enugu to resolve all issues in Ohanaeze.
“Let all stakeholders meet urgently and stop apportioning blames. But we must stop lamenting,” he said.
Ibegbu disclosed that he has picked Hajia Amina Bello, a political scientist from Adamawa State as his vice presidential candidate in the 2023 presidential election.

We Did What Is Right For PDP By Choosing Atiku As Presidential Candidate –Jigawa Ex-governor, Lamido News