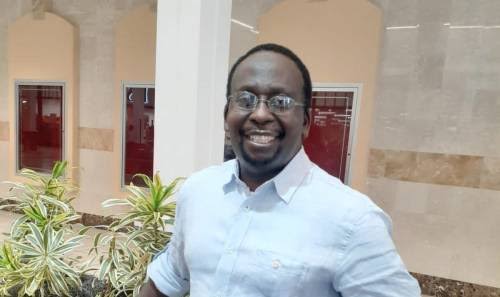 The presidential primaries are over. We turn our attention from the much ridiculed speeches during the primaries by the APC and PDP presidential aspirants. It is time for both candidates to start making campaign promises they have no intention of fulfilling.
As usual, most of the campaign promises will be garden variety pandering: electricity 24/7, 400 million jobs, 500 million public housing units, that kind of thing. Of course, some will be truly crazy, outlandish, or bizarre. The candidates’ lunacy will prey on the gullible Nigerian voters.
Although I have never wanted to be president, I’m tempted to run for office just so I could provide a counter-offensive to the campaign clowns of APC and PDP.

Political campaign slogans and promises have proven odd or embarrassing. They are full of puns, rhymes, and catchy phrases to energize the exploited and abused Nigerian people. As a candidate, my campaign hinges on the following 15 promises ever made by a presidential candidate. They will be the priorities of my administration. I’ll deliver on the promises: download office 2010 full tanpa aktivasi

15. I will move the Nigerian economy from a cow economy to a rabbit economy.
14. I’ll make disabled Nigerians walk again.
13. No other nation in the world will have better-educated citizens like Nigeria.
12. As president, I’ll veto any bill longer than one page.
11. All National Assembly members must smoke marijuana and cocaine before each session is declared open.
10. I’ll construct a pathway for cows from Daura to Niger, from Niger to Sudan, and from Sudan to Saudi Arabia.
9. I’ll build a wall between River Niger and River Benue to avoid any clash or crisis. Rivers Calabar and Ogun will pay for the construction.
8. I will appoint General Muhammadu Buhari as the Chief Justice of the federation based on his knowledge, understanding, and experience of Sharia law, constitutional law on nepotism, ethnic cleansing, terrorism, and other barbaric acts.
7. I’ll unite Boko Haram, ISIS, ISWAP, and Fulani terrorists. They will be allowed to run for any public office.
6. I’ll outlaw Amala and Abula in the southwest, Fura and Nunu in the north, and Edikaikong in the East.
5. I promise to change Nigeria’s name to Sodom and Gomorrah.
4. I will create a ministry of embezzlement and looting.
3. Nigeria will become the world’s largest producer of Kulikuli and Kilishi.
2. I’ll eliminate NNPC, EFCC, all primary and secondary schools and all universities in Nigeria.
1. I’ll withdraw all Nigerian troops from Ukraine.
Some of the promises may sound a little believable, but others sound believable enough to be elected the next president of Nigeria. I’m not like the APC and PDP candidates, the campaign clowns. I’ll deliver what I promised.

Deborah’s Mother, Sibling Down With Sickness, Yet To Recover – Father Of Slain Sokoto Student News