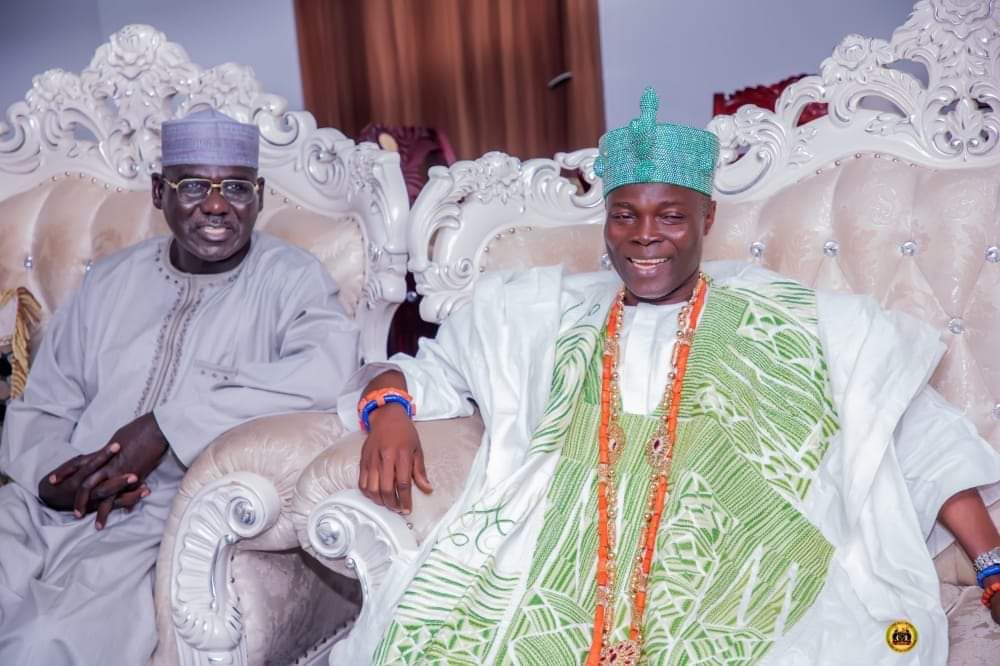 SaharaReporters had exclusively reported how the Independent Corrupt Practices and Other Related Offences Commission (ICPC) recovered N1.85 billion from a house registered to someone fronting for Buratai.

SaharaReporters gathered that the huge cash was part of the billions of naira earmarked for the purchase of arms and ammunition by the Muhammadu Buhari-led government.

Reacting, the monarch, Makama, boasted that “those trying to pull him (Buratai) down will have so many of us to contend with”, as he claimed it is “the most unpatriotic act” for Nigerians to condemn and insult Buratai.

“Let me state that those trying to pull him down will have so many of us to contend with, hence they are advised to desist from media terrorism against Buratai,” he added.

Findings, however, revealed that Makama is a close ally of Buratai and has been with him for a while.

A visit to his Facebook page also revealed the closeness between the duo and deep sycophancy as it is filled with different posts by the monarch hailing the ex-Army chief.

“He met Buratai in 2018 and he became relevant and started exhibiting flamboyance after meeting with Buratai and since became close as Buratai found a willing Kakaaki pandering his ego and a friendship was formed. It is because of this the king made Buratai the Jagunmolu of Saki land.

“He claimed to be doing advocacy for the Nigerian Army, but he was actually praise-singing Buratai because of the alleged inducement and gratification he regularly gets from him (Buratai).

“Before 2018 when he met Buratai, he was not prominent and rich but after their meeting, the king always boasts of his closeness with Buratai. In fact, his palace is littered with pictures of Buratai,” a source said.

Despite the recent scandal, Buratai has had a series of corruption scandals but usually uses his influence to stop investigation and prosecution.
SaharaReporters had in a series of publications in 2016 exposed how Buratai procured expensive assets in Dubai, the United Arab Emirates, between 2013 and 2015, from proceeds of crime.

Sale documents indicated that the first property was handed over to the Buratais on January 13, 2013.

Eleven days after he was appointed by President Buhari, the retired Army General made arrangements for the purchase of a second property from the same company in Dubai.

Three days later, another N10 million was paid into the real estate firm’s account. The phone number on the Skye Bank teller is 08033349740. Saharareporters investigations showed that it belonged to a Nigerian Army Major, Emmanuel G. Adegbola of the Nigerian Army Finance Corps (N/10808).

Buratai, who owned up to purchasing the two properties in Dubai, however, claimed that he amassed his wealth through “personal savings” and not ill-gotten gains.

Indian police Officials of the Uttar Pradesh Police in India on Friday, May 27 said they arrested a 38-year-old Nigerian man identified as Garuba Galumje, for duping no fewer than 300 women after pretending and promising to marry them.Galumje who was residing in the Kishan Garh area of South Delhi, India, was said to have…

A non-governmental organisation, International Society for Civil Liberties and Rule of Law has revealed 15 ways the Independent National Electoral Commission (INEC) allegedly intends to rig the 2023 presidential election.   The group segmented the alleged rigging plans into two – during voters’ registration and during the election proper.       Intersociety stated this…

Governor David Umahi has declared that the people of Ebonyi State will not vote for Labour Party nor its presidential candidate, Peter Obi, in the forthcoming 2023 general elections. Umahi said instead of voting for Peter Obi’s Labour Party, the people would rather vote for the candidate of the All Progressives Congress, Bola Tinubu. The…

The police in Mumbai, India have arrested a Nigerian man identified as Oliver Diba Nikki with hard drugs worth Rs 30.20 lakh (N16.4 million).Nikki, according to a report by the Times of India, was arrested in Andheri West in Mumbai with 200 grammes of mephedrone and 34 grammes of cocaine. The 42-year-old Nigerian, police sources…

Gunmen suspected to be Islamic terrorists have reportedly killed 25-year-old Mu’azu Danladi, a relation of ex-Governor Adamu Mu’azu at Boto village in the Tafawa Balewa Local Government Area of Bauchi State. Danladi was reportedly killed by the terrorists in the early hours of Wednesday when they invaded the residence of Mu’azu’s family members. The terrorists…

Fire has razed down a section of Eke Market, a major market in Afikpo town, Afikpo North local government of Ebonyi State. The inferno which reportedly occurred on Tuesday evening destroyed several shops and goods worth millions of naira. The cause of the fire according to Vanguard was not yet known. Meanwhile, traders have been counting their…