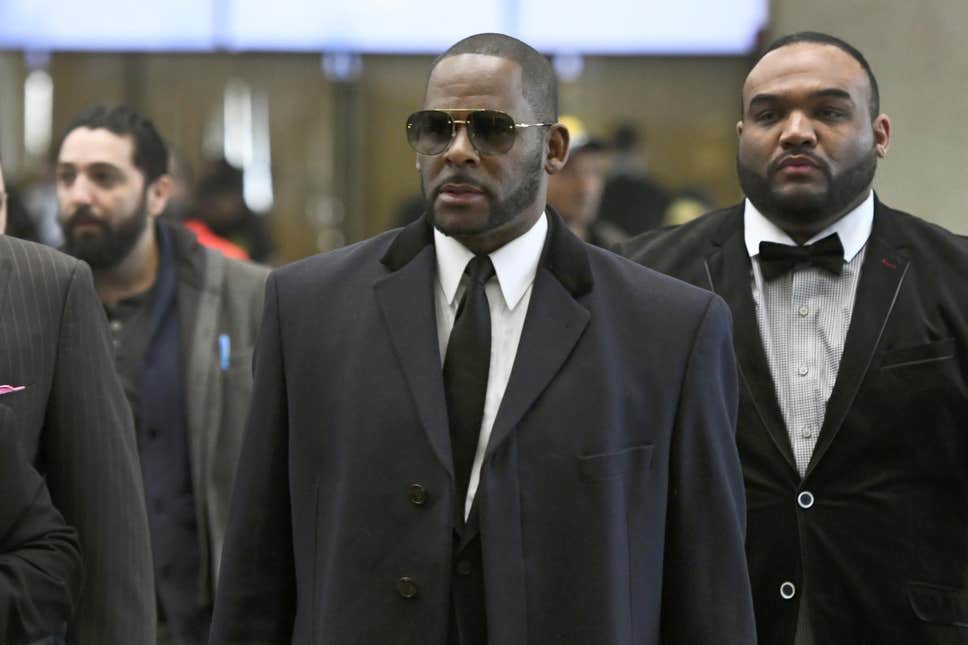 American R&B star, R Kelly has been sentenced to 30 years in prison for sexually abusing women, girls and boys, more than 20 years after first facing allegations.

Kelly’s conviction on Wednesday has been seen as a victory for survivors of sexual violence, particularly those who may hesitate to speak out against abusers, for fear of retribution, The Guardian reports.

Last September, a jury in New York City found Kelly guilty of sex trafficking and racketeering, on all nine counts against him.

On Wednesday, US district judge Ann Donnelly imposed the sentence at the federal court in Brooklyn after hearing from several survivors who attested to how Kelly’s exploitation reverberated across their lives.

At the trial, victims had described how Kelly, real name Robert Sylvester Kelly, subjected them to perverse and sadistic whims when they were underage.
Several victims said he would demand that they strictly obey rules such as needing his permission to eat or go to the bathroom and writing “apology letters” that purported to absolve him of wrongdoing.

Ahead of sentencing on Wednesday, some of the victims made statements, including “Angela”, who said, “with every addition of a new victim you grew in wickedness”. On this day of sentencing “we reclaim our names”, she said. “We are no longer the preyed-upon individuals we once were.”

In her victim statement, Lizette Martinez said: “Robert, you destroyed so many people’s lives.”

Another, unnamed victim who directly addressed Kelly as he kept his hands folded and his eyes downcast, said: “You made me do things that broke my spirit. I literally wished I would die because of how low you made me feel. Do you remember that?”

Kelly, however, did not address the court.

Kelly’s case attracted attention in light of the #MeToo movement, during which powerful men have been held to account for sexual misconduct and sexual assault. Kelly follows Harvey Weinstein, Bill Cosby and other prominent abusers in being sentenced to time behind bars, although Cosby was acquitted on appeal.

The singer, whose hits include ‘Ignition’ and ‘I Believe I Can Fly’, was represented by Jennifer Bonjean, a lawyer who represented Cosby.

Kelly’s sentencing came years after sexual misconduct allegations were first made against him. Accusers included his former wife, Andrea Kelly, who said she feared Kelly might kill her.

He was charged with 21 counts of making child sexual abuse videos involving various sexual acts in June 2002 but was acquitted on all counts following a trial in 2008.

In 2017, an article in Buzzfeed brought fresh allegations that Kelly had trapped six women in a sex “cult” having taken advantage of them after they approached him for help with their musical careers.

Then in January 2019, a six-part documentary titled Surviving R Kelly, detailing the allegations of sexual abuse and misconduct against the singer aired on US TV network Lifetime. In the film, accusers wondered if their stories were previously ignored because they were Black women.

Asked about some allegations during a CBS interview in 2019, Kelly memorably shouted at his interviewer, Gayle King, and denied any wrongdoing.
He was later arrested in July 2019 and charged with sex trafficking offences including child abuse images and obstruction of justice.

A sentencing memorandum filed by the federal prosecutors in the eastern district of New York, said, in part: “With the aid of his inner circle and over a period of decades, the defendant preyed upon children and young women for his own sexual gratification.

“In order to carry out his many crimes, the defendant relied upon his fame, money and popularity as an R&B recording star and used the large network of people his status afforded him – including his business managers, security guards and bouncers, runners, lawyers, accountants, and assistants – to both carry out and conceal his crimes.”

While prosecutors sought a minimum 25-year term, Kelly’s defence pushed for a sentence of 10 years or less. They argued in court papers he should get a break in part because he “experienced a traumatic childhood involving severe, prolonged childhood sexual abuse, poverty, and violence”.

The singer has been detained at the Metropolitan detention centre in Brooklyn since the verdict last September.

Kelly faces further legal trouble. In federal court in Chicago, he is charged with enticement of a minor, possession of child abuse images and obstruction of justice. That trial is set to be held in August.

Ondo State Youths ambassador and brand influencer, Oluyemi Fasipe, more commonly Yemie Fash, has reacted to the gruesome killing of worshippers at the St.Francis Catholic Church in the Owo local government area of the state.While condemning the attack, Fasipe said concerted efforts must be made to guard against the reoccurrence of the unfortunate incident in…

The Socio-Economic Rights and Accountability Project (SERAP) and 185 concerned Nigerians have sued the Independent National Electoral Commission (INEC) over its failure to extend voter registration ahead of the 2023 general elections.  This was disclosed in a statement released on Sunday by Kolawole Oluwadare, SERAP Deputy Director, asking the court to determine whether the failure…

The Nigerian government through the High Commission to the United Kingdom has hired lawyers to defend a former Deputy Senate President, Senator Ike Ekweremadu and his wife, Beatrice, over allegations of organ harvesting.   Senate President, Ahmad Lawan disclosed this after a closed-door session of the chamber on Wednesday.       The Enugu West…