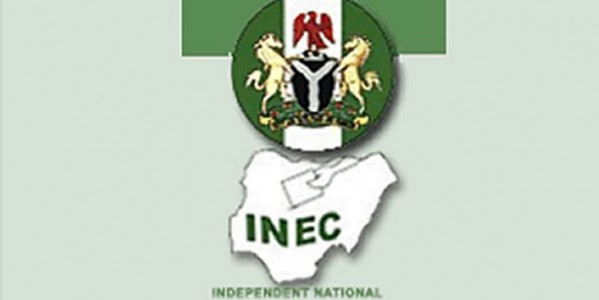 The group segmented the alleged rigging plans into two – during voters’ registration and during the election proper.

Intersociety stated this in a statement issued on Wednesday titled “15 ways of citizens’ disenfranchisement and presidential election rigging unmasked”.

The statement was signed by the Chairman of the Board of Intersociety, Emeka Umeagbalasi alongside two other principal officers, Chinwe Umeche and Chidimma Udegbunam respectively.

According to the group, INEC will not conduct free, fair and credible elections in 2023 as the electoral body has already started the rigging plans by disenfranchising Nigerians through irregularities in the ongoing nationwide Continuous Voter Registration (CVR) exercise.

The alleged rigging plan, according to the group involves “Shrinking delineation of constituencies, registration and voting centres targeted at a particular ethnoreligious group on the grounds of their tribe or religion.

“Non-issuance or discriminatory issuance of PVCs to registered voters on the grounds of their ethnicity or religion; registration of minors and aliens as voters with intent to roguishly out-populate other legitimate members of the general population; official padding on continuous basis of the voting figures of particular ethnoreligious members of a convertxtodvd hardware optimization segment of the general voting population with the intent to continuously out-populate others and rig elections particularly the Presidential Poll in favour of the appointing authorities or institutions or favoured another.

“Organised violence against individuals or group of citizens seeking to be captured or registered as voters or voters proper so as to massively disenfranchise them on the grounds of their tribe and religion.”

On the alleged plan for the election proper, the group alleged that INEC and the ruling All Progressives Congress (APC) have planned to militarise election arenas so as to frighten voters and scare them on the grounds of tribe and religion.

It identified the other alleged methods to involve “instigation of group violence and other coordinated attacks against members of another voting population on the grounds of their faith and tribe for purpose of rigging them or their candidates out; system padding up of voting figures and inflation of results to favour another.

“System programmed failure of voting capturing machines targeted at opposition strong held areas for purpose of mass disenfranchisement of members of the affected voting population. Application of strict procedures in Southern whatsapp bulk sender software free download with crack Nigeria during voters registration and PVC distribution and relaxation of same including use of proxies such as District Heads in the North.

“Application of strict procedures during Presidential Election in the South and relaxation of same including use of manual voting download activator avast premier 2016 protected by group militancy (using radical ethnoreligious groups) and security forces in the North.”