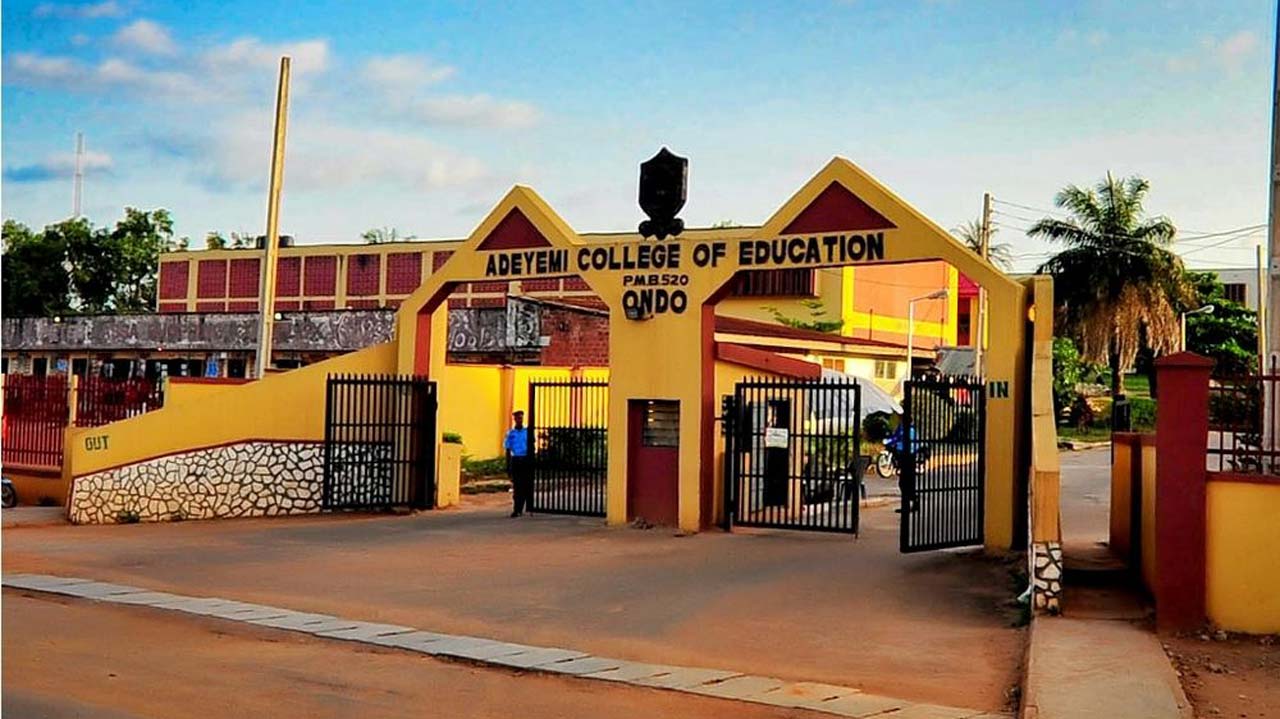 Three workers’ unions have demanded the immediate takeoff and implementation of the Adeyemi Federal University of Education, Ondo (Establishment) Act.

The institution was upgraded to university status in January 2022.

The unions in a joint statement said they were apprehensive that six months after the upgrade, the Nigerian government had not appointed a Vice-Chancellor to oversee the new status.

They called on President Muhammadu Buhari to appoint a Vice-Chancellor for the college turned university.

The workers noted that the institution should be treated and accorded the status it deserves.

The statement read, “The joint Congress of the Senior Staff Union of Colleges of Education, Nigeria (SSUCOEN), National Association of Colleges of Education Academic Technologists of Nigeria (NACEATON) and The Non-Academic Staff Union of Universities and Associated Institutions (NASU) held on Tuesday, 28th June 2022 at the Olusegun Obasanjo Auditorium.

“The Congress was a unique one with the presence of Congressmen and women of the three (3) Unions. The joint staff Unions after their deliberations moved to the gate of the Institution and held a peaceful protest.

“The Chairmen of the three (3) Unions addressed the Joint Congress and the issue of the slow implementation/take-off of Adeyemi Federal University of Education, Ondo (AFUED) was discussed.

“The joint Congress also considered the several issues surrounding the assented Official Gazette of the Adeyemi Federal University of Education, Ondo (AFUED) and the underpinning situation frustrating the takeoff of the University.

“Observations, i. The Act that established AFUED was passed by the Senate on 13th October, 2021, passed by the House of Representatives on 23rd July, 2020, signed by the Clerk to the National Assembly on 25th November, 2021 and signed into Law by President Muhammadu Buhari, GCFR on 23rd December, 2021. By implication, ACE, Ondo no longer exist and Adeyemi Federal University of Education, Ondo ought to have taken effect from Thursday 23rd December, 2021.

“iii. In spite of {ii} above, the expected and eagerly anticipated take-off of AFUED did not happen. Six (6) months into the new status, neither the Governing Council of ACE, Ondo nor the Management has explained to the College community what is delaying the implementation.

iv. To the dismay of the Unions, the Governing Council approved the reappointment of the College Provost and Registrar which is at variance with new University status. The Unions are of the strong opinion that the Council should have carried along the College community in arriving at this critical decision.

“v. Second schedule, sections 24 (8) and 27 (5) under Transfer of Functions, item 2: states “the person who are members of the Provisional Council are deemed to constitute until the date when the Council as set up under the Third Schedule to this Act shall have been duly constituted” (A56). Therefore, the Official Gazette empowers the Governing Council to still continue in office as the Council of the University but not as Council of College of Education.

“The Joint Congress after much deliberations and a peaceful protest therefore recommends as follows: The immediate takeoff of the University as assented into Law by President Muhammadu Buhari, GCFR with effect from Thursday 23rd December, 2021.

“The immediate reversal of the reappointment of the Provost and the College Registrar for a second term.

“The Official Gazette should be fully implemented with immediate effect.

“The immediate appointment of a Vice Chancellor for the University.

“One (1) month notice is hereby given to the Federal Government to effect the implementation of the recommendations of the Joint Congress of the three (3) Unions.”

SaharaReporters learnt that the workers earlier staged a protest, blocking the Ore-Ondo highway.