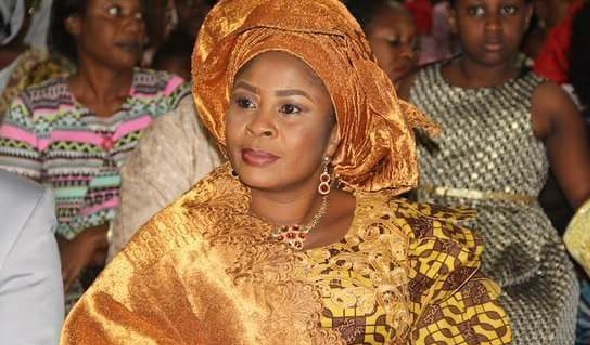 Ondo State Commissioner for Physical Planning and Urban Development, Mrs Yetunde Adeyanju, on Wednesday, resigned her appointment shortly after she was moved to the ministry from one she considered to be juicy.

Until Wednesday, Adeyanju was the Commissioner for Water Resources and Sanitation.

Governor Rotimi Akeredolu had done a minor reshuffling of his cabinet and it required Adeyanju to be redeployed from the Ministry of Water and Sanitation to the Ministry of Physical Planning and Urban Development.

Sources told SaharaReporters on Wednesday that the commissioner was displeased with the transfer from a ministry she had considered “juicy” and had been accustomed to, to a “dry land”.

“She (Adeyanju) resigned shortly after she was moved to another ministry she considered as dry land unlike she was coming from. She does not want the ministry where she was taken to and it didn’t take her time at all to tender her resignation. Obviously, her former ministry was like a gold mine for her,” a source said.

However, according to her, in the letter obtained by SaharaReporters, she resigned from her position as a commissioner to explore other sectors outside politics.

Her letter reads: “I hereby resign my appointment as a Commissioner in Ondo State with immediate effect. My decision is predicated on a personal conviction to explore other endeavours outside politics for now.”

“However, I’m grateful to you for the golden opportunity given to me to contribute to the growth of our dear state, especially with the Kamomi Aketi Rural Water Supply. You gave me the platform and I’m proud that I used it well for the good of humanity. Kamomi AKETI water scheme remains the joy of thousands of rural dwellers today,” she added.