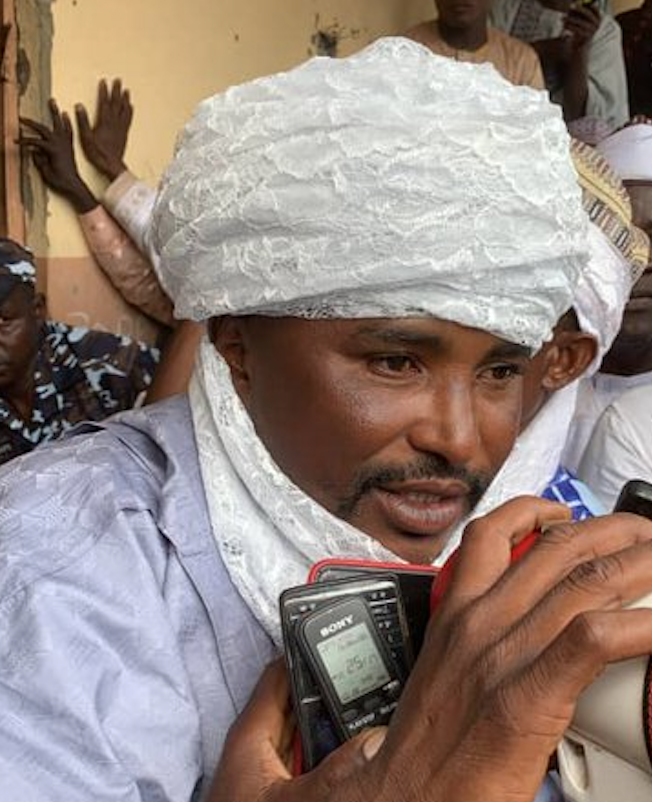 The notorious bandit, Ado Aleiro, who was turbaned as the Sarkin Fulani in Yantodo Emirate of Zamfara State, has said he did not request the title.
Aleiro was recently turbaned as Sarkin Fulani (Chief of Fulani) of Yandoto Emirate by the Emir of the emirate, Aliyu Marafa.

Yandoton Daji is one of the two new emirates created by the Zamfara government in May.
The turbaning ceremony was held at the palace of the suspended Emir and was attended by the council chairman of Tsafe Local Government and the state Commissioner of Security and Home Affairs, DIG Ibrahim Mamman Tsafe (rtd).
The bandit leader was the arrowhead of a deadly raid on Kadisau, a community in the Faskari Local Government Area of Katsina State, where about 52 people were killed.
He was declared wanted by the Katsina Police Command in 2019 with a bounty of N5 million put on his head.
Speaking in an interview with DW Hausa, the terrorist said, “Honestly I didn’t solicit for the title, I was summoned by the Emirate which initially I rejected.
“After consultations with our leaders over the development, they suggested that I shouldn’t turn down the offer since the new emir insisted it had to happen in his emirate; that was how I accepted it.”