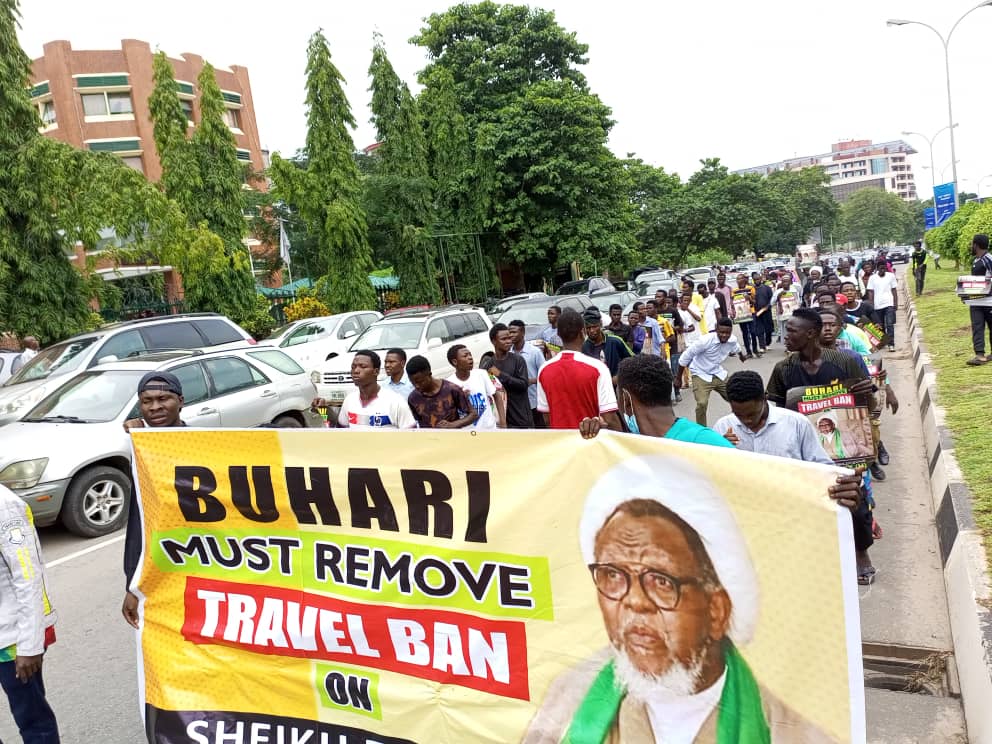 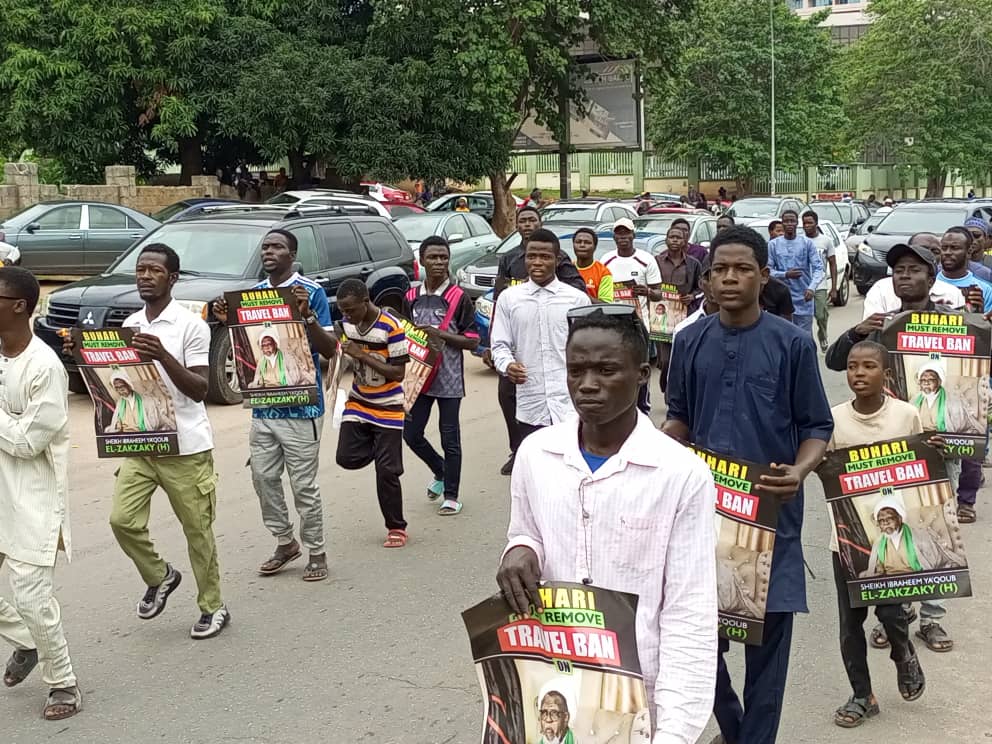 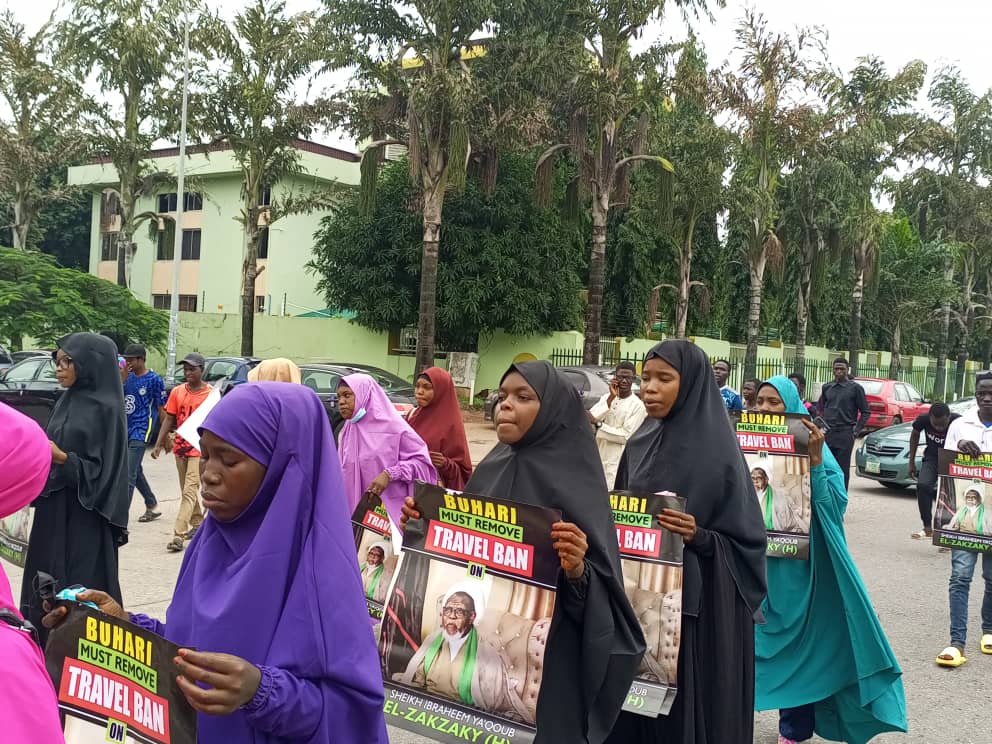 Members of the Islamic Movement in Nigeria, popularly known as “Shi’ites” on Monday in Abuja staged a peaceful protest to demand for the release of the international passports of their leader, Ibraheem El-Zakzaky and his wife, Zeenat.

The group, which gathered along the Aguyi Ironsi Way in Maitama, accused the President Muhammadu Buhari-led government of gross violation of the fundamental human rights of the couple.

IMN said one year after a Kaduna High Court discharged and acquitted the El-Zakzakys of terrorism charges, the authorities had refused to release the travel documents to them to enable them have access to medical attention overseas.

The protesters vowed to sustain the protest and hold those in positions of power responsible, if anything untoward should happen to them.

There was no record of any attack from the security agents as the protest was later terminated shortly after the protesters had passed their message to the Nigerian government.

IMN had on Saturday marked ‘Qudus Day’ a day set aside by the movement in Nigeria in support of the Palestinian struggle.

The moment was also used to honour to the Shi’ites’ fallen ‘heroes’ and ‘martyrs’ killed by security operatives in Zaria in 2015 by the Nigerian military with the portrait photographs of the victims on display which included the three children of the leader of the movement, El-Zakzaky.

The sect said they would never give up on the struggle in demanding for justice for the victims and exercising their right to practise their religion.